Like most of the other online platforms, Spotify also doesn’t allow downloading stuff, and you can only access the music online. However, there are some Spotify music converters that you can use to download songs from this website. If you are on the quest of the best Spotify music converter, you are in luck. Reading through this text you’ll be able to decide which is the best option based on objective qualities of the Spotify Music Converts we are about to discuss.

There are some aspects of a Spotify music converter that you need to keep in mind while considering it to use for downloading content from Spotify. These characteristics include:

Below we will introduce each Spotify converter in detail from the above factors:

Musify is one of the best options available in the market to download music from not only Spotify but any music hosting website on the internet. It works with more than 1,000 websites. It runs on both Windows and Mac operating systems, retains 100% original quality of the downloaded content and supports downloading Spotify songs, playlists, albums and artist portfolios in one command. You can convert Spotify to MP3, M4A, WAV, FLAC, OGG, AIFF, MKA, AAC and many other formats.

Sidify and NoteBurner is developed and marketed by the same company and has the same set of properties, user interface and price structure. Its free version is only available for Windows, but the paid version is also available for computers running on Mac operating system. If you use the free version, the audio quality of the download is compromised but the paid version retains source audio quality. It can download playlists, songs, podcasts, and radio from Spotify. The paid version of this software also supports downloading music from YouTube. It supports MP3, AAC, WAV, and FLAC formats.

TuneFab, UkeySoft and Ondesoft Spotify Music Converter are developed by the same company. All qualities, features, interface, and characteristics are the same. It can download songs up to 320 kbps quality and runs on Windows and Mac operating systems. It is capable of downloading songs, playlists and albums from Spotify and supports MP3, M4A, WAV, and FLAC formats. It cannot help you download stuff from any website other than Spotify and with such a steep price that’s a big NO for this software.

TuneSkit and AudFree are from the same developer. It can download Spotify music content in a maximum of 320 kbps quality and is capable of downloading songs, playlists, artist portfolios and albums from Spotify. It supports MP3, AAC, M4A, WAV, M4B, and FLAC formats. It runs on both Windows and Mac computers.

Tunelf is a Spotify lossless song and playlist downloader. It supports Windows and Mac platforms. Compared with its price, it is not cheap. But the function is worth the price. Tunelf supports multiple output formats such as mp3, m4a, m4b, aac, wav, flac. The download speed is not inferior to Sidify and Tunefab. 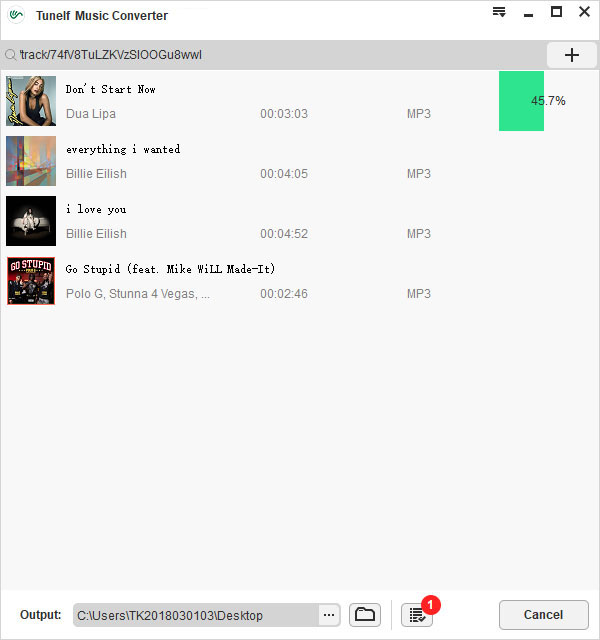 Allavsoft runs on Windows and Mac operating systems and can only download songs, not playlists from Spotify. There’s no conclusive evidence on the output quality of this software but it offers MP3, WMA, WAV, AAC, AAC, M4A, AIFF, RA, FLAC, OGG, AU and more format options.

Which is The Best Spotify Music Converter?

If you’ve come this far, you deserve to know which one of these is the best tool for Spotify Music conversion. That is, my friend, Musify Music converter. Why? Here are the reasons:

There a number of Spotify Music converters and downloaders out there and we have covered 10 of the top ones. All of them offer good functionality but when you compare the functions with the price, you can see that Musify Music Converter gives the biggest bang for your buck, making it the tool of choice for downloading songs, playlists, albums, and artist portfolios from Spotify and more than a thousand other videos and audio sharing websites on the internet.