In this digital age, where downloading music is a kind of routine work for most us, a professional WAV tag editor can save you much time and effort while giving you more control over your music library.

WAV is one of the oldest audio file formats, which was first released in 1991 jointly by Microsoft and IBM. Today, it is commonly used and regarded as a lossless audio format. In this article, we’re going to list 6 best WAV file tag editors that can help you easily edit or add the metadata info to WAV files.

If you’re looking for an ultimate solution to edit WAV tags easily, then TidyTag would be the right choice. It is the most powerful and easy-to-use tool that enables you to edit metadata of audio files. TidyTag is a dedicated music tag editor, which supports WAV and all popular audio formats.

With this desktop-based application, you can edit all types of metadata tags and helps to deal with every aspect of managing your music collections. It is the best WAV metadata editor that in addition to its normal operation also allows removing duplicates in the music libraries. Some of the most notable features of TidyTag music tag editor are as follows:

TidyTag music tag editor is extremely simple to use and automatically displays all the corresponding metadata tags upon importing a WAV file. You can edit WAV tags using TidyTag in the following straightforward way:

First of all, download the latest available version of TidyTag music tag editor from the official webpage. After downloading the installation package, install the software on your computer in the effortless manner.

Once you’ve install the TidyTag music tag editor on your computer, launch the software to start editing the WAV tags. To do that, first, you’ll have to add the files that you want to edit using this program. You can import files either by clicking the “Add music files” button on the main interface or simply drag the WAV file from your music library and drop it into the main interface of the TidyTag. 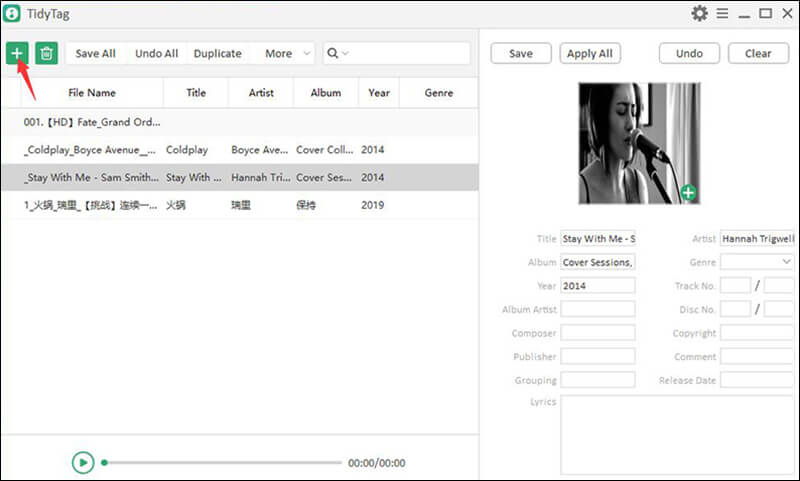 Step 3 Choose the Specific File and Review the Tags

In this step, you’ll have to locate the particular WAV file from the list of files and click on it. After clicking on the file, the program will start displaying all the corresponding metadata tags on the right sidebar. 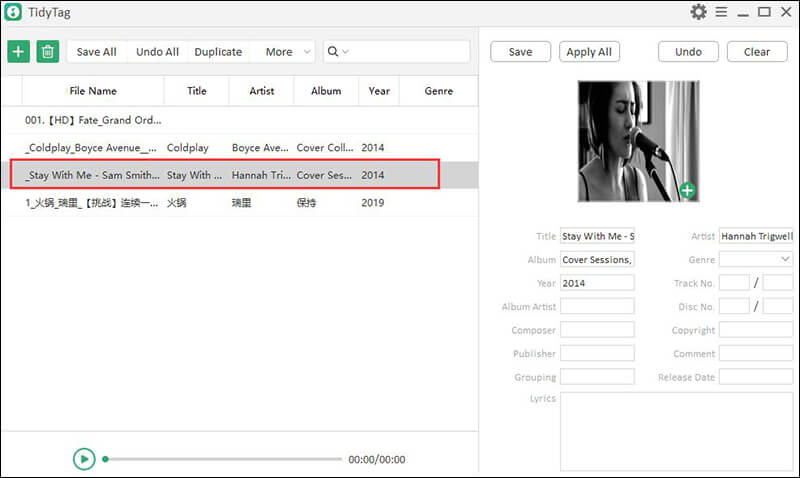 Now, you can click on the tag text fields one by one and make the required changes. Here, you can add the missing tags, modify the wrong tags, delete the unwanted tags, add or change the album cover, etc. 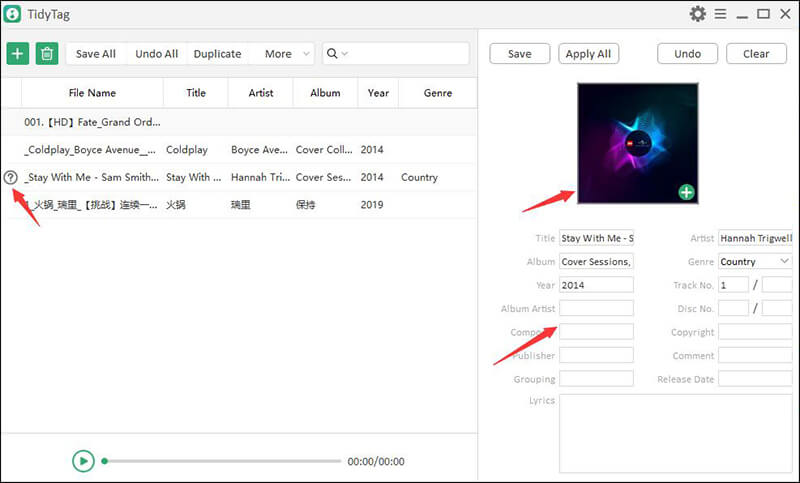 Step 5 Save the Edited Metadata Tags

When you’re done with making all the required changes, click on the “Save” button located at the top-left side of the right sidebar. Once all the updated tag data has been applied to your WAV file, the ✓ will be appeared for the confirmation. 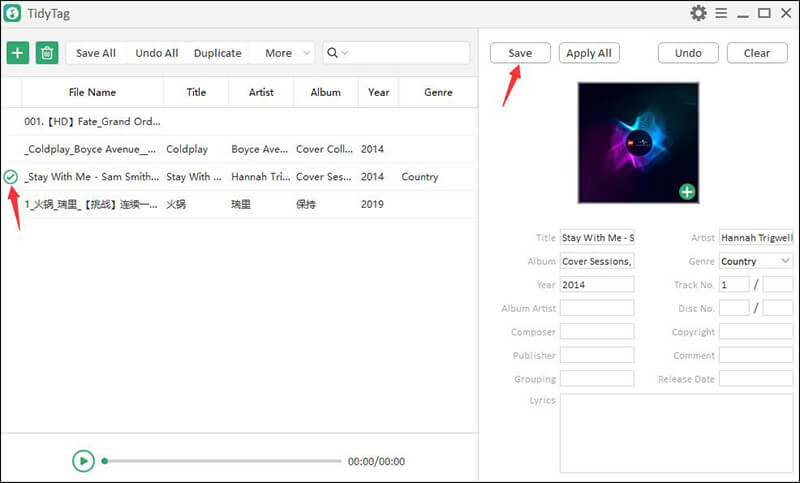 Other 5 WAV Tag Editors You Should Know

Apart from TidyTag Music Tag Editor, there are some other tools that can also be used to edit WAV tags. Let’s check out these editors one by one will all their positive advantages and disadvantages.

TagScanner is a tag editing program that allows you to edit metadata information of WAV files. This WAV file tag editor is compatible with various audio formats supports and all popular kinds of metadata tags. Using its automated feature, it can directly search the metadata information from the online databases and add it to the WAV files. You can also create playlists and play the audio files using its built-in media player.  It will enable you to edit multiple files together and also helps you converting the version of tags. 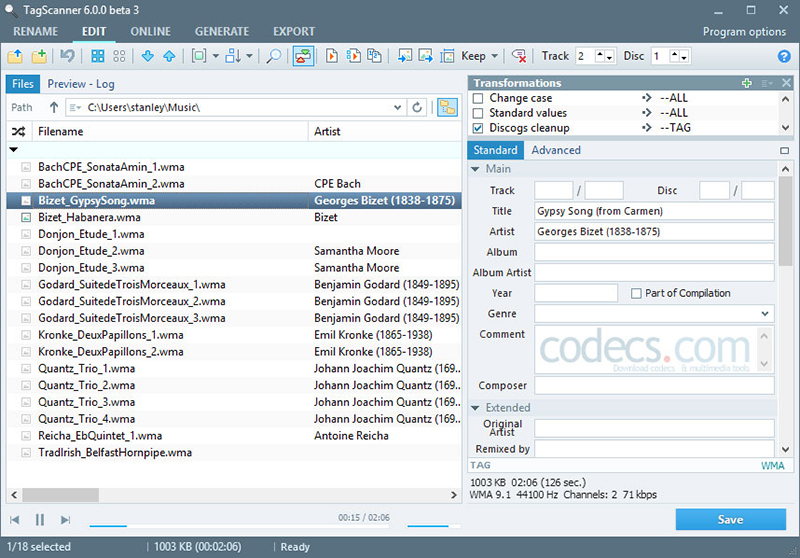 MP3Tag is another Windows-based software that supports metadata editing for WAV and a wide range of other audio formats such as MP3, FLAC, WMA, AAC, and few more. It allows batch tag editing and offers online metadata lookup from famous online databases. It will also make you able download album cover and rename the audio files using the metadata information. 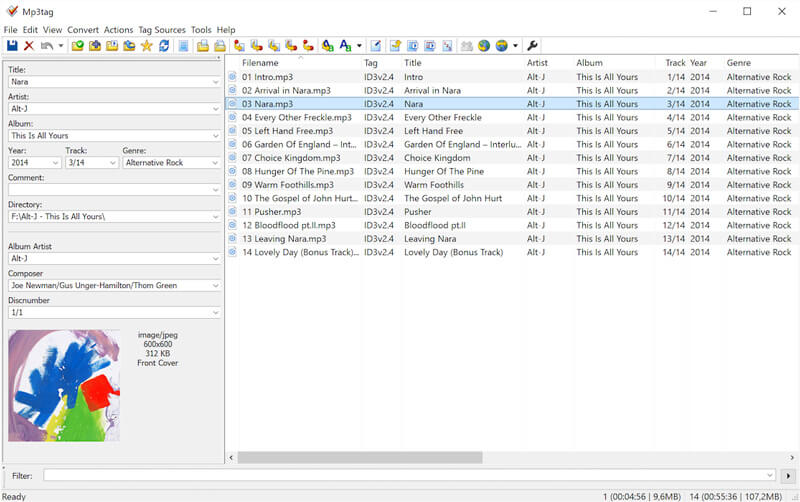 TigoTago is a WAV tag editor, which is known for batch process large number of files of together. It directly downloads the metadata information from the online sources and adds it into the WAV or other audio files, and while editing the files, you’ll be able to see and control all the changes live. In addition to a WAV metadata editor, TigoTago can also works as a converter that can convert audio and video files to different formats. 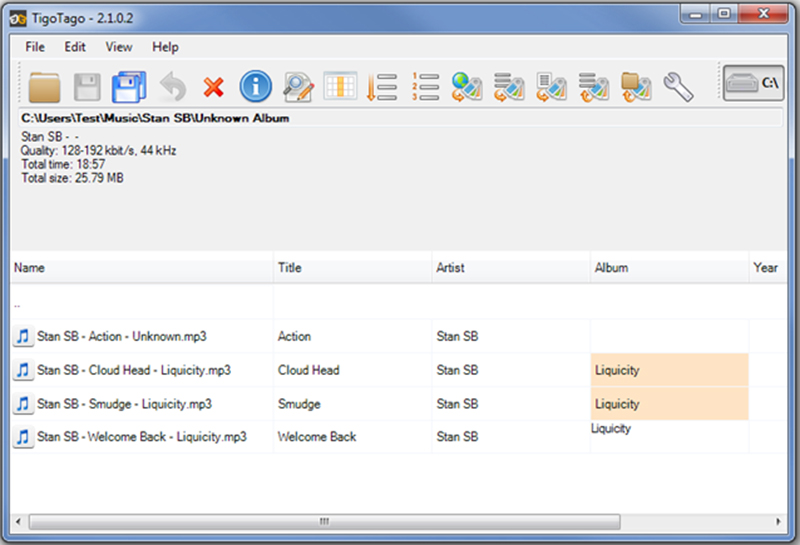 Kid3 is an open-source software that allows you to edit metadata tags for various audio files, including WAV. It is capable of converting the metadata format in between ID3v1 and ID3v2. The program can import the metadata from different online databases like MusicBrainz, Freedb, and Disc. That’s not all; it also offers the feature to add metadata tags to several video formats including FLAC, MPC, MP2, AAC, etc. 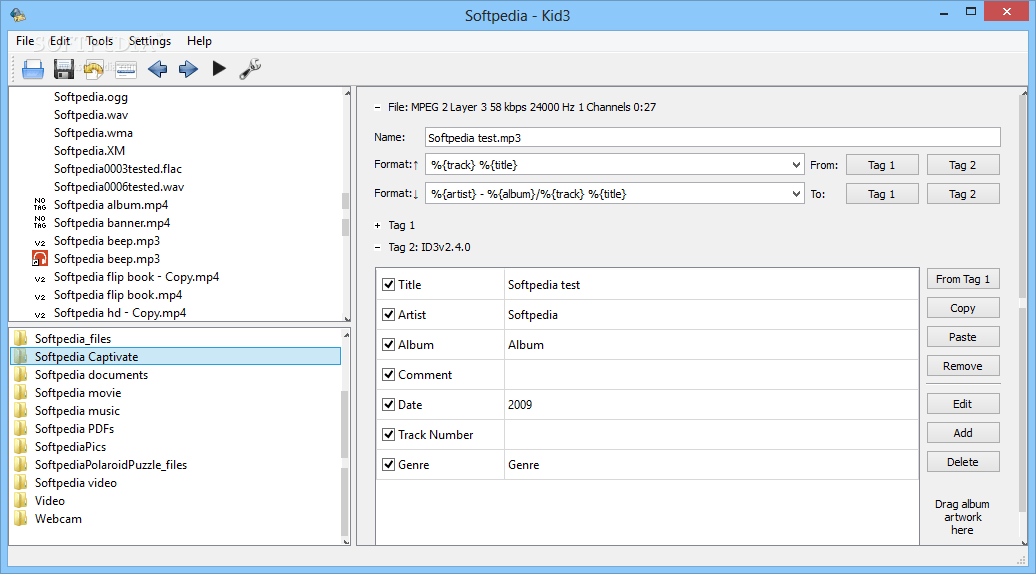 The last but not the least in our list of 6 best WAV tag editors is IDTE. It is a very popular ID3 tag editor that supports WAV and more than 40 other audio file formats. This WAV file tag editor is compatible with various kinds of metadata tags including ID3V1.x/2.x, FLAC, APE, WMA, LYRICS, and VORBIS Tags. Using this program, you can do a lot of other tasks like renaming the files based on metadata information, create playlists, search and import tag information from internet, fetch lyrics and album cover, etc. 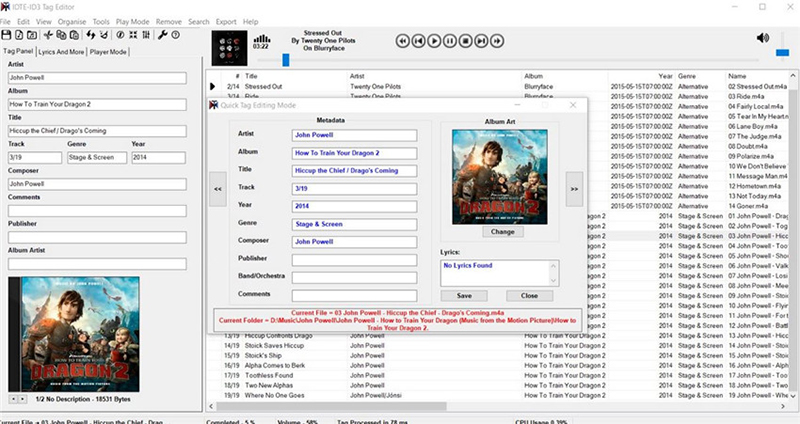 What is WAV File and How to Open It

As mentioned earlier, WAV is an audio format that was created by Microsoft and IBM for playing audio on personal computers. Usually it stores data in uncompressed form, and due to which, these files are a bit huge in sizes. However, compressed is also supported. This format uses different containers to save information like audio data, sample rate, bitrate, and track numbers. Being lossless and high in quality, it is preferred by the experts and widely used in the professional music industry.

As WAV files are widely used, many media players on desktop computers generally support playing these files. Let’s see how you can play WAV files on different operating systems.

Whether you’re on Windows or Mac OS, all you have to do is to double-click on the WAV file and it will be played by the default media player. Furthermore, finding a mobile application that can play WAV files on iOS or Android devices isn’t a difficult task at all.

Why WAV is Better than Other Audio Formats

With all this, now you don’t have to waste your time, money, and efforts on the wrong tools. These are some the most popular and useful WAV metadata editors that can help you add or modify the metadata tags for WAV files. To provide more detailed and accurate conclusion, we’ve used and tested each of the above-mentioned editor and we’ve found TidyTag Music Tag Editor superior than all of them.

It isn’t just a simple WAV tag editor, but it will also help you in managing every aspect of your audio files. So don’t waste any further time and get this amazing tool now and start editing your WAV files in the most efficient and easiest manner.